My journey into the fitness world started at 17 years old. I was overweight, unconfident and clueless. I turned to YouTube and online personalities to try and educate myself.. Only to be further confused by the masses of misinformation and poor education which runs rampant online.

After being led to even worse health and physical appeal I educated myself through some of Australia’s most prestigious courses in health & fitness at HPC. I then went on to invest tens of thousands into some of the worlds best contest prep coaches so I could assimilate a multitude of training, dieting, prep techniques to fully understand the intricacies of the human body when it comes to achieving drastic physical transformations.

In May 2015 I went on to compete with the WBFF at the age of 18 placing near dead last. October that same year I went to the INBA in the BrisVegas Super Show and qualified for the Natural Olympia, placing 2nd in Both Opens and Novice Fitness.

Fast forward to 2017 I came back to the WBFF in May and placed 1st becoming the YOUNGEST ever to have won my division, narrowly missing out on my Pro card. I then came back again in July 2018 with the WBFF and again placed 1st in Mens Fitness and secured my Pro card. Becoming the YOUNGEST pro in the world (within the WBFF) and Australia’s youngest ever pro at the age of 21.

Making my Pro Debut with the WBFF in October 2019 and placing 4th in a stacked line up with WBFF WORLD’s contenders in the mix.

My sole goal is to change the game through the use of proven techniques to ensure my clients achieve their goals through HEALTHY approach which are completely tailored and personalised to the individuals goal, lifestyle, training age and current physical standing.

SO WHAT ARE YOU WAITING FOR? 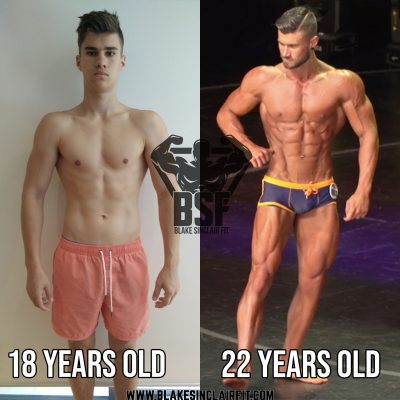